The first thing anyone moving to Port Moresby should know is that it’s an extraordinary place to live. Expatriate life in the city naturally comes with an array of not inconsiderable challenges, but it is also culturally fascinating, an open forum of opportunity and often exceptionally beautiful. The hilly nature of the city allows for breath-taking views across the harbour, the ocean and its many islands, the sunsets are unbeatable and the air is unpolluted. A drive through the city may one minute present a network of settlements and inauspicious office blocks, before revealing around the next corner a dazzling slice of ocean and undulating coastline.

Whether it’s for a short-term business secondment, or migrating with your family for a long stay, whatever your reason for moving to Port Moresby the prospect can seem daunting. Where to live and what to pack, where to shop and how to get about? This is the first in a series of articles aimed at providing some of the answers.

Before addressing some of the finer points here, it’s worth pointing out that how smoothly and quickly you assimilate and settle into life in Port Moresby will depend on how you use the communities, both expatriate and local, that you find yourself in. The expatriate community in Port Moresby is welcoming and sympathetic to newcomers. There really is a wealth of variety when it comes to the types of communities that exist in its midst, and it is always waiting to be utilised. Whether you are into sport or films, there will be an informal group set up somewhere with shared interests. There are cycling and triathlon groups, scuba diving and fishing clubs, organised hill-walking groups, art classes and a book club to name but a few, and if you cannot find a group catering for your specific interest – starting one yourself in Port Moresby is easy since both the city and its diverse residents are especially open to people with energy and ideas for start-ups. You can find people offering all manner of services, from homemade take-away pizza delivery and made-to-order cakes, to acupuncture or tailoring.

It is these communities which will likely provide most of what you’re looking for, because the transient nature, not only of expatriate life, but of life in a developing country, means that people do come and go and services available one year might not be available the next. Apart from car sales and house clearances, which are staples of Port Moresby life, its fluid nature makes creating any conclusive and comprehensive guide to life in Port Moresby tricky. However, with that in mind, the following articles will address some of the relatively reliable specifics about life in Port Moresby.

The rental market in the city is competitive, the rental costs incomparable with most other cities in the world, and the presence of major companies in PNG can put added pressure on the most desirable properties (related link: Properties for Rent Port Moresby). However, construction of residential properties, especially apartment blocks, is currently major business in Port Moresby and the city is a myriad of apartment complexes in various stages of construction. Whether you want an incredible view of the sea, or somewhere close to work, there will be something for you. The key is to see a wide range of properties and then act quickly when you find the one you want. The market is in the hands of the landlords, so you need to be prepared to do the chasing. Don’t be hindered by an apathetic seller, pushing for what you want will pay off.

Next you will want to equip your new home. Although it’s advisable to bring any specialist electronic or kitchen equipment with you (such as external hard-drives, tablets and coffee machines), when it comes to the basics Port Moresby can more than adequately provide what you need. There are a number of home stores including Brian Bell, Courts and Homemaker. RH Hypermarket in Vision City has a generous home-store section, as does the housewares store in the Waterfront. Prices will be high, the range and quality will be variable, but the unpredictable nature of Port Moresby means that once in a while you’ll make an unexpected discovery: recent examples include IKEA children’s products in BNBM Home Centre, Cath Kidston plates in SVS, and Maxwell & Williams dinnerware in Brian Bell.

Where you will grocery shop will largely depend on your location. The Foodworld branches in Boroko and at the Waterfront are arguably the most accessible. The largest supermarket is RH Hypermarket in Vision City, and there are a number of smaller SVS Supermarkets scattered about the city. As with most aspects of life in Port Moresby supermarket stock is unpredictable and unreliable. That said, the range and diversity might surprise you, and as with the restaurants on offer in the city, grocery provision is clearly influenced by the city’s East Asian trade. In addition, expatriates of many other nations will find familiar produce on the shelves, especially in Foodworld, where there are sections dedicated to imported goods from America, New Zealand and India, among others. Another possibly surprising feature of Port Moresby’s supermarkets is its provision for people with special dietary requirements, with sections set aside for gluten-free, dairy-free, nut-free and egg-free products.

Where Port Moresby falls short when it comes to groceries is in its range of dairy products, which are always thin on the ground, as well as its range of fruit and veg. Most vegetables are imported, which of course makes them expensive, and although this is set to change in coming years with more investment in local production of vegetables, for the time being, it’s a good idea to get to grips with local produce, which is cheaper and more readily available.

Electronic goods can be purchased in Port Moresby, with several dedicated stores in both Vision City Mall and the Waterfront Mall as well as specialist stores scattered about the city. The range of products available is fair but not extensive, and as prices are high electronic goods are often traded second-hand among the expat community.

It’s very likely you’ll be able to purchase a second-hand car via these same channels and the sale of vehicles, especially, is advertised on public noticeboards in The Royal Yacht Club and The Aviat Club. Ela Motors, Boroko Motors and PNG Motors are the more prominent vendors of new cars in the city.

A car is a necessity for anyone living for any length of time in Port Moresby. Unless travelling with an official guide, public transport should be avoided, as should walking any distance on the street. The roads in town are generally fair. The further one travels from the city centre, the greater the decline in the quality of the roads, but one of Port Moresby’s surprises is that traffic is not generally a problem. Rush hours are busier times, but even then traffic jams are unusual. Though it is important to remain vigilant, especially when waiting at traffic lights or pedestrian crossings, it does mean that getting from A to B is usually a fairly speedy process, and you should not find yourself on the road for long. As Port Moresby is not a large city and the roads are generally clear, crossing from one side to the other should not take longer than about twenty minutes. Every driver needs to take the precautions of ensuring the vehicle’s windows are tinted and kept closed, and the doors locked. Avoid making impromptu stops, plan your route ahead so as not to get lost, and let someone know when and where you will be travelling. If you are planning a trip outside of the city, it is wise to travel with others in convoy. Otherwise navigating the road systems is Port Moresby is relatively straightforward and as with any city anywhere in the world, road accidents are a more likely experience for drivers and passengers than car-jacking or robbery.

Security issues are not confined to the roads, of course, and it is important to take special care to protect your home. Most compounds and apartment complexes will come with security provision: guards at the gate, sensor alarms and high fences. Nevertheless, it’s still important to lock doors and windows at night, especially if living on the lower floors, and when someone makes a house call make certain of whom you are letting inside. If you are employing local staff to work in your home, be sure that you can trust them before leaving them alone in the house, and ask them to not to disclose details of your life once they return home. If renting a house outside of a compound, you will need to access security services, install an alarm system and always check all windows, doors and exterior gates are locked well before dark.

In addition to security, those planning to stay long-term and choosing to rent a house outside of a compound will need to set up refuse collection (usually handled by the National Capital District Commission), and install internet and television.

Local cleaners, gardeners and odd-jobbers are easy to come by, and recruitment usually takes place via word-of-mouth. Be prepared for the possibility that it may take a few attempts before finding the right person for the job. Wherever possible, ask for recommendations from others who are happy with the people who work for them. 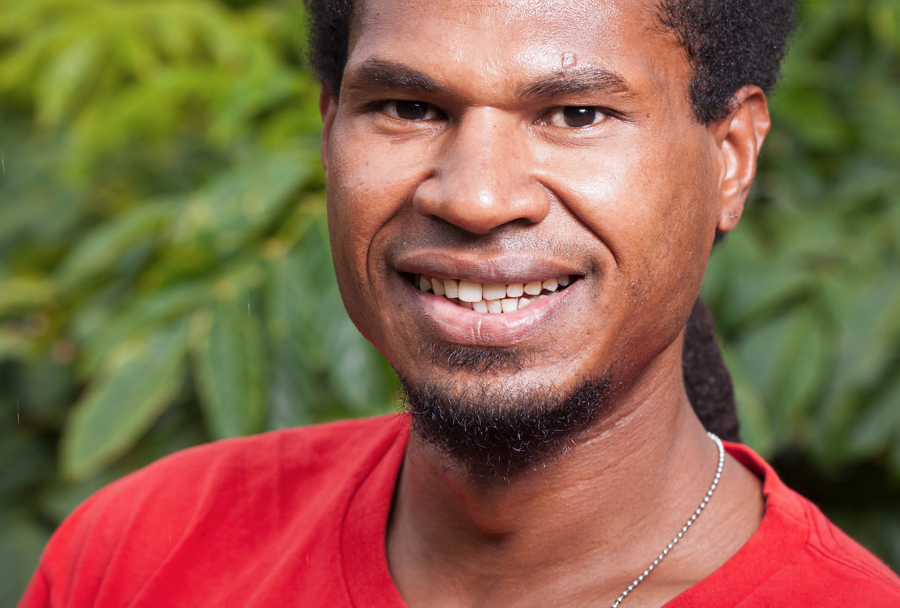 It is imperative every newcomer to Port Moresby arrives with good insurance cover. Doctors with internationally recognised qualifications operate out of most of the city’s medical facilities and the Pacific International Hospital is known to provide a good level of care. Many companies with expatriate employees will invest in medical cover from the International SOS Clinic based in Airways Hotel. In addition, there is an accredited dentist operating from a clinic inside the Holiday Inn.

Also, be aware that incoming visa requirements for Australian travellers to Papua New Guinea will change on 1 March 2014. Be sure to visit www.pngcanberra.org/visas for details on hot obtain the correct visa.

Port Moresby has no single emergency number to call following an accident, but there are ambulances stationed in most major medical facilities in the city and so it is advisable to keep either a local number or your insurer’s number handy.