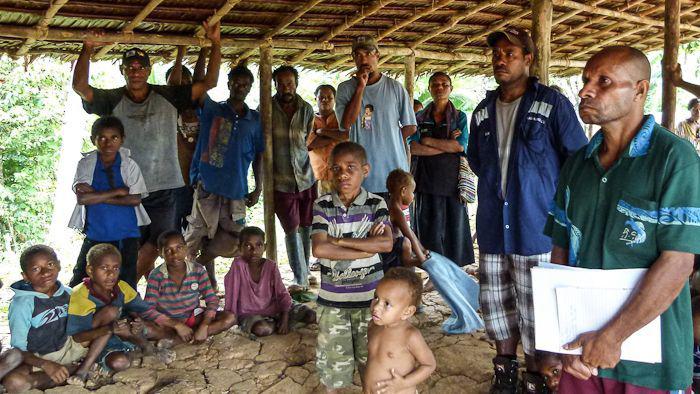 Customary landowners may be perplexed and intimidated with the system of registering their land as Incorporated Land Groups through the Voluntary Customary Land Registration. These might be due to either worries of the underlying costs or the complexity of the process itself. But this also might be a good long-term investment.

Registering land as an Incorporated Land Group isn’t as complicated as some might think. Application only requires a few forms to be filled out with the assistance of the Provincial Customary Lands Officer and endorsed by Provincial Land Advisor. First of these forms is the Application for Recognition as an Incorporated Land Group. This must be submitted along with the Records of Meeting Decision Form, Certificate on Adoption of Constitution, List of Membership with Birth Certificates, List of Property, Constitution of the Land Group, and a sketch map of all the customary land owned by the group.

This is the part of the process where positions for the Incorporated Land Group and designations are clarified and noted for future use.

In addition to the forms, the Department of Land & Physical Planning requires applicants to shoulder the payment for publication fees in the national Gazette and Media. Some costs for the application process such as surveying are determined by market forces. So, costs vary from one application to another sometimes. But as more and more people become familiar with setting up and registering an Incorporated Land Group, fees may lower and become competitive.

Acting Executive Director for the Office of Customary Land Development explains that “the ILG/VCLR processes are designed to eradicate land grabbing and pursue natural justice by granting formal recognition to land under customary ownership through incorporated landowning groups.”

Parliamentarians are busy promoting the registration under the ILGs and informing their constituents that a new act will be implemented at the strike of February 17, 2017. ILG groups will need to advertise in the media and renew their ILG certificates. If there are no objections, the ILG will be renewed and will be bound to the new act.

Getting to know something new may be a daunting task, but it can sometimes be worth the effort as well. So, if the ILG registration process seems difficult at the moment, it may be worth noting that there may be something valuable buried beneath the clutter you can use for the future. It just takes a bit of patience.