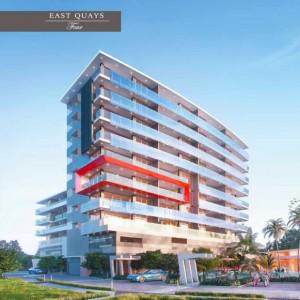 Are you wanting to live an easy lifestyle that is affordable? Look no further than the Gold Coast, a world-class destination famous for its beaches and relaxed lifestyle.

It’s the entertainment capital of Australia. Demand for property is great from investors due to strong economic growth and employment opportunities as a result of many new developments that are being completed.

The City of Gold Coast is located approximately 50 minutes south of Brisbane on the East Coast of Australia and stretching over 414km2. With a strong population growing,it is expected to have a 2.2% growth rise annually, making the Gold Coast record the largest population growth by 2021. Coomera, Pimpama and Upper Coomera are the leading suburbs for growth in the new residential estates. If you are still not convinced, there are several reasons why you should invest on the Gold Coast. Here are just a few of the projects currently in the pipeline:

The depth and diversity of these projects means job creation and people moving into the area for employment, therefore providing strong rental returns. Education another key reason people are moving to the Gold Coast. The Gold Coast was ranked in the top 100 cities in the world for university students to live due to it being student friendly due to public transport access. Griffith University (public) was ranked 37th and Bond University (private institution) ranked at 81st. There is also Southern Cross University in Coolangatta along with numerous technical Colleges including TAFE.

So, How is Transportation?

Transport infrastructure is well serviced on the Gold Coast with the main rail line connection to Brisbane CBD and Brisbane International airport. Transport in and around the Gold Coast in partial to and from Griffith University is very convenient due to the light rail that starts at Griffith located beside the Griffith Gold Coast Hospital and ends at Broadbeach South. Transport to Bond University is easily accessible through the use of the heavy rail and buses. The Gold Coast has had a growth of 5,200 units/apartments approved in the past two years, with affordability in the suburbs of Carrara, Coombabah, Labrador, Nerang, Ormeau, Oxenford and Pacific Pines. These suburbs are ranging from $350,000 to $450,000 with a strong reputation for affordable investments.

With fully completed apartments now available at East Quaysn and Coast Broadwater, plus House and Land packages at Pimpama and Coomera in the $450,000 – $500,000 price range. East Quays offers over 60 apartments with a mix of two bedrooms + study, three bedrooms and 3 bedrooms + study apartments. An easy living lifestyle at a waterfront development, with an elegant contemporary design of superior quality, sculptural form and lush gardens.

Located next door to Harbourtown and Harbour Side Markets and only 15 minutes to Surfers Paradise, it is a short drive to Griffith university and Griffith University Hospital. With low body corporate fees, it makes life in East Quays a breeze with a pool, spa, sauna, gym, BBQ facilities, visitors parking, private and secure parking and indoor residents lounge. 2016 is the time to invest in the Gold Coast market, with another range of completed apartments at Coast Broadwater. One and two bedroom apartments with beautiful views over the district and along the Broadwater are now available.

Coast Broadwater is located on Marine Parade in Labrador with easy access to schools in Southport and Labrador. With just a short drive to Harbourtown shopping centre and Surfers Paradise, this is the investors dream apartment. Not only have these apartments have just come onto the market, they are stunning inside and have great views overlooking Broadwater.

Additionally, to keep up with the fast growing population, the interchange at Exit 54 on the Pacific Highway, Coomera (see picture below) is under re-development to help move traffic increasing with the new Coomera Town Centre.

Not wanting to invest into an apartment? Then we have house and land that is available in Coomera and Pimpama. This $74.5 million upgrade is on track to be completed by the end of 2016. These properties are easily accessible with the highway close by if you attend work or university in Brisbane. With a new development called Coomera Urban Village this is the perfect time to get the property you’ve been dreaming of. Located on the corner of Foxwell Rd and Finnegan Way, there is dual access with over 37,000 cars passing daily and expected to grow to 46,000 by 2031. Coomera Urban Village is to be a popular living area due to the development of the Coomera Town Centre and only minutes from the Coomera Train Station, and Coomera TAFE Campus. Only 50 minutes by train, this is a central location for students and commuters to Brisbane.

2016 is the time to invest in the Gold Coast! It is said by developers, there will be no more land and housing developments left by 2023. Hurry in quick, before time… and land runs out!

Want to meet the expert Angela Vinnicombe? Write to her HERE!