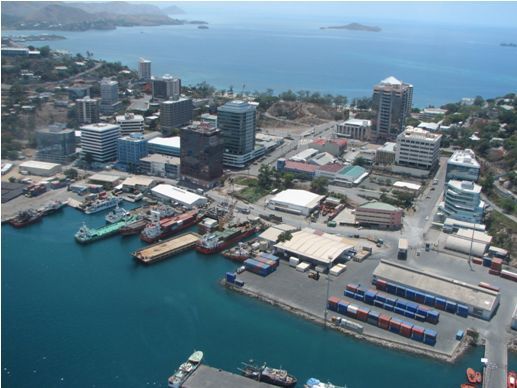 40,000 fully serviced land allotments over the next five years in Gerehu 3B

Last week, Charles Abel, the Minister of National Planning, announced a fund of K5 million to be used by the NCDC to commence major civil works on the planned housing and land program at Gerehu in Port Moresby.

The full program, which is being coordinated by Department of National Planning under the Office of Urbanisation, is set to be launched in partnership with the Department of Lands and Physical Planning, National Housing Corporation, National Research Institute, Magisterial Services and the Civil Registry.

Two pilot models are being implemented under this program: Gerehu 3B and Durhan Farm. Both models are expected to create 5700 serviced allotments. This equates to 14.25 per cent of the national target.

Gerehu 3B represents the pilot project of the affordable Land and Housing Program embarked upon by the O’Neil/Dion Government. The program intends to make available 40,000 fully serviced land allotments over the next five years. This development program will be facilitated by the Office of Urbanisation.

The cheque of K5 million that was presented to NCDC is intended to cover all initial capital necessary for the housing project’s engineering and road works.

To date the Government has granted K11 million towards Durhan Farm through the NHC and, thus far, K3 million on Gerehu 3B.

Out of the K3 million spent on the Gerehu 3B project, PNG Power and Eda Ranu have each received K1million respectively to begin their work, and another million was given to National Surveyor General to survey 1734 allotments and provide for all necessary titles to be issued.

Already 269 public servants, drawing from 31 government departments and agencies, have been prequalified by BSP for up to K58 million worth of loans. These will be released under the first home ownership scheme. The Government has made available K200 million to BSP to issue 40 year repayable loans for citizens.

The Government has also provided K1 million to each district administration, where Members and Governors are to reciprocate another K1 million, half a million each from the DSIP and PSIP funds, to build 10 houses per district for each district. This equates to 890 houses across the country.