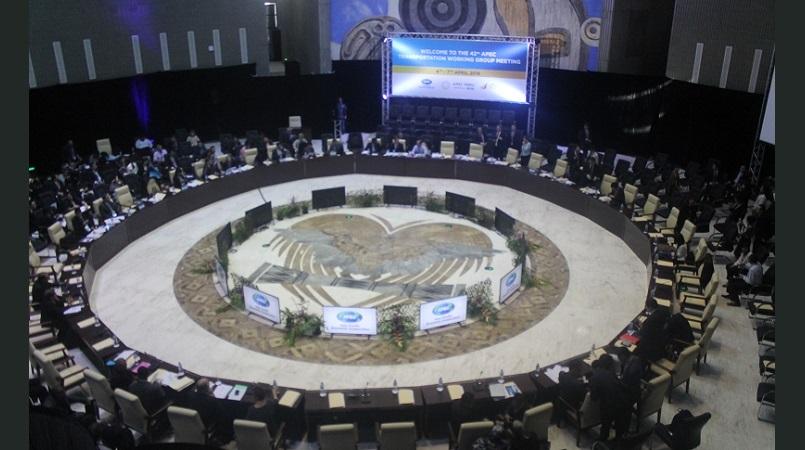 With the recent conclusion of the ACP Summit held at Port Moresby, 79 leaders from the African, Caribbean and Pacific countries have gathered to discuss lessons learned from each of their respective areas. Possible alliances and collaborative efforts were also topics of discussion for future developments. But the summit held particular interest for developing an “earliest adoption of a United Nations General Assembly Resolution to develop an international legal framework governing human rights and climate change” according to the recently published In Depth News article that came out online.

This comes with the leaders also seeking a joint conference between them and the UN, along with international financial entities and the European Commission. This is in line with their longing for an “intensification of South-South and Triangular Cooperation to build the productive capacities of ACP countries,” to which, the UN states that they are open to do. Roy Trivedy who is an attendee of the said conference and who is the United Nations Resident Coordinator also confirms its support for the said countries, most especially for Papua New Guinea pushing for sustainable development goals. He says that the Papua New Guinea-based UN country team is in full support of this.

Though focused in the regard of human rights and the effects of climate change, the ACP also discussed issues from different sectors as well that were mentioned in the statement made by Papua New Guinea Prime Minister Peter O’Neill where he says, “the Summit adopted the Port Moresby Declaration that captures the main outcomes of the leaders’ discussions, and the Waigani Communiqué that sets the way forward for the future of the ACP Group beyond the expiry of the ACP-EU Cotonou Partnership Agreement in 2020… I believe this Summit has inspired us to take the giant steps in our approach that will shape and transform the ACP Group into a more dynamic force.”

While it wasn’t directly mentioned, the Waigani Communiqué and the Port Moresby Declaration where both documents and declarations communicate plans to improve the lives of its citizens through efficient and proper governance that will promote trade and investments where it is most needed, particularly for the entrepreneurship, technology, private sector building capacity and technological sectors. This could mean more infrastructure and real estate policies and construction.

There were also discussions for achieving financial stability and self-sufficiency through a long-term endowment fund and venturing into solutions through a collaboration of both the public and private sectors.

The nearing expiration of the ACP-EU Cotonou agreement or partnership is also a growing concern. But members of the ACP countries will remain persistent in trying to enhance and renew this agreement, while at the same time negotiating an improved agreement starting in 2018. The Summit will focus on issues that are of interest to both delegations and what has been gained by both the ACP and EU during this time as part of its negotiation.

The benefits and focus of the financial partnership

But with the approach of the expiration of the ACP-EU Cotonou agreement, there are also more opportunities that come as a form of support that may help alleviate poverty, issues with infrastructure and homelessness which is a big issue right now in Papua New Guinea. In an interview with The Financial, Marcelo Minc who is the ADB Country Director in Papua New Guinea states that it has “been engaged with PNG for 45 years and in that time the partnership has rehabilitated transport infrastructure, improved air safety, provided basic health services to the rural population, extended financial services to the unbanked, and removed barriers to jobs and business creation.”

This statement signals ADB’s renewed and continued commitment to Papua New Guinea where the cumulative ADB assistance to PNG has increased from $1.27 billion last 2009 to roughly $2.13 billion last year. This is largely due to the different projects that were put in place during the 45 years of financial assistance by ADB which reached $1.04 billion in 2015.

This financial partnership will focus on infrastructure in the provinces through their local governments who play a key role in the implementation of projects. This will allow new opportunities for investment and employment that can possibly assist poor families into a better future. And though the primary focus of this assistance was for transport upgrades and the construction of infrastructural developments, ADB hopes that this may also provide better opportunities for health services, banking services and also a more suitable environment for those who wish to do business in Papua New Guinea. This could mean better conditions for those who are also wishing to go into the property market.

With the continued efforts of the government and partnering countries and institutions around the world, Papua New Guinea is definitely bound to see better years ahead. It’s only a matter of good governance and time that will tell how everything will unfold. But this is surely an exciting time for Papua New Guinea.