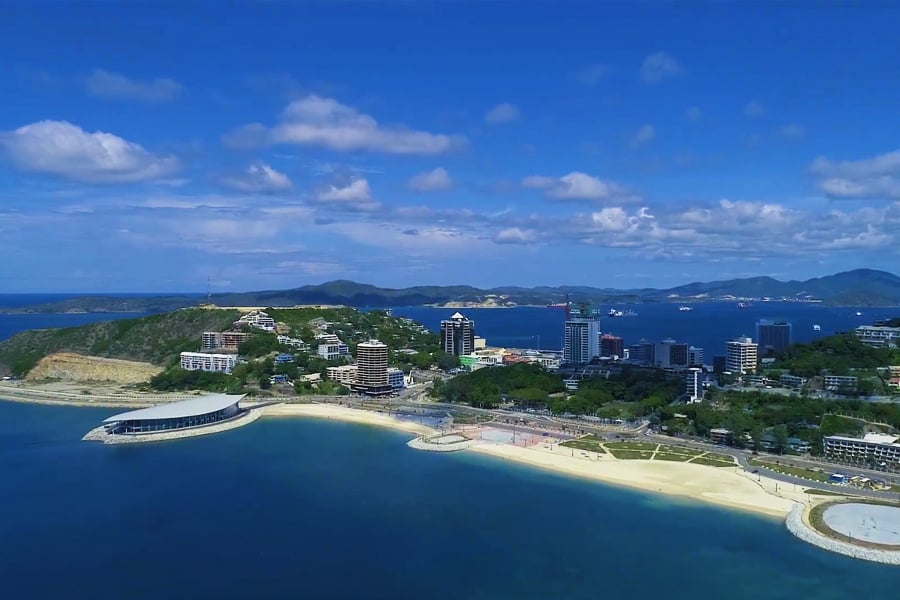 Ela Beach is a popular location with mostly upscale residential apartments with spectacular views. It’s a stone’s throw away from the Central Business District and an ideal location for those who work in the high-rise offices in Down Town Port Moresby and has easy access to hotels, restaurants, bars and social clubs.

Ela Beach Road is connected to 2-Mile Hill which takes you up past Koki Fish Market, Badili and into the rest of the capital. The freeway is on the other side of the CBD, about a five minute drive, which is the main trunk road into the city.

Ela beach was formerly known as Era Kone, meaning Turtle beach in the Motuan dialect of the Papuan region. The local Motu Koita people hold an annual Hiri Moala festival to celebrate the trade wind voyages that were historically held in the region Ela is the major beach front of Port Moresby with white sands that stretches approximate one kilometre It has seen several changes over the years with a new road layout built in 2017 and in 2018, Port Moresby hosted the APEC Summit and APEC Haus was built on reclaimed land at the end of the Beach. It was designed to resemble a Lakatoi sail. Several events are hosted here, including Christmas, New Year and Independence Day celebrations.

Ela Beach is a popular sporting and fitness area and ideal for walking and jogging. It is adjourned with basketball and volleyball courts and is well lit into the early evenings with plenty of parking. The prime time for walking is at sunrise and sunset when it’s cooler. Past APEC Haus is the Paga Hill Ring Road, and a two kilometre walk to the other side of the peninsular.

There are several long-stay residential apartments here, including Windward East and West, the Ela Vista Complex, Chesterfield and Ela Beach Apartments. There is also the iconic Ela Beach Hotel, bar and restaurant. There is a fuel station at one of the beach and a police station and church at the other. It’s generally regarded as a safe location although care should be taken in large crowds during events. Public transport is available at Ela Beach and there are taxi ranks, although for overseas visitors it is recommended to use private transport and reputable taxis. That’s it from Ela Beach; for more location profiles, please check out Hausples.com.pg