The Ultimate Guide to Port Moresby 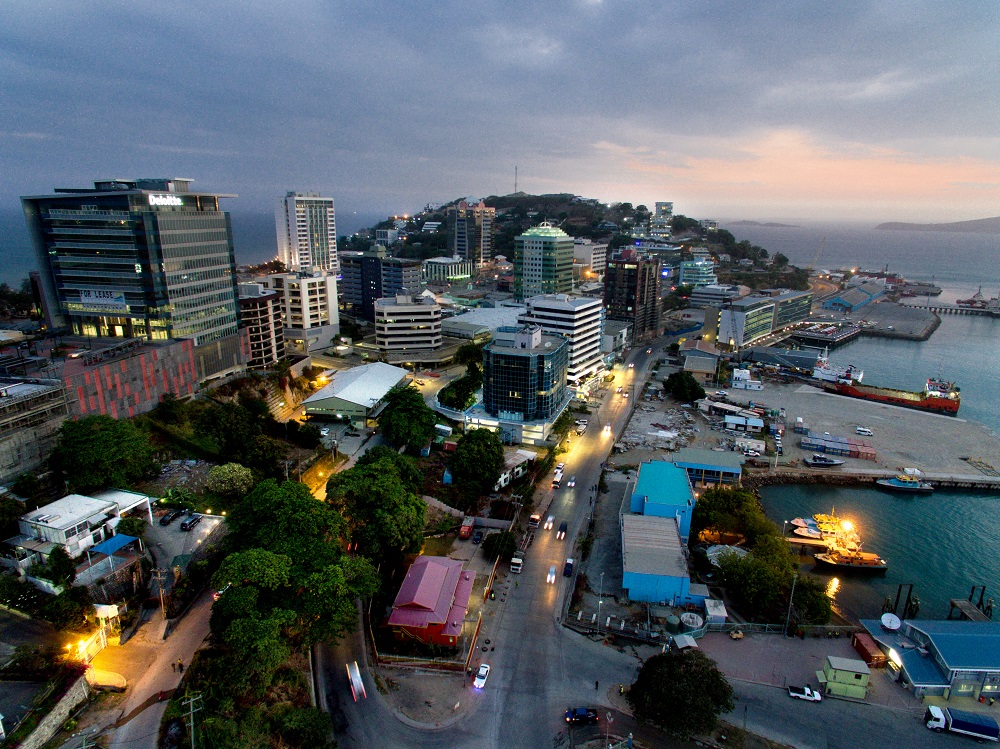 Port Moresby is the capital of Papua New Guinea (PNG) and is the largest city in the Pacific Islands outside of Australia and New Zealand. It is located on the south-eastern coast of the Papuan peninsula on the shores of the Gulf of Papua on the island of New Guinea. The city’s official population according to the PNG National Statistical Office is 364,125 but it is believed to be double that figure.

The Motuan people, the traditional owners of land that the PNG capital now sits on, were a seafaring community that traded with its neighbours prior to the arrival of European explorers and missionaries. The city is named after the English captain John Moresby of HMS Basilisk, who first visited the area in 1873 and named it after himself and his father, Admiral Sir Fairfax Moresby.

The city became a base for the American-led Allied Forces in World War II and grew over the years to become the administrative capital for the Territory of Papua and New Guinea under the Australian colonial administration. PNG gained independence from Australia in September 1975 with Port Moresby becoming the seat of government and the hub for the private sector in the post-independence period.

The expansion of the PNG economy – thanks to a thriving extractive industry – became the trigger for the growth of Port Moresby.  Successive national governments and municipal authorities rolled out modern facilities, complimenting increased investment in property development by the private sector. Today Port Moresby’s skyline has evolved from low-set buildings to multistory apartment blocks and penthouses.

While the PNG capital benefited over the years from the country’s economic growth, the United Nations estimates that 37% of the PNG population live below the national poverty line, making the country one of the poorest in the world.

Port Moresby sits on traditional land owned by the Motu-Koitabu people, who were hunters and gatherers and seafarers who traded with other indigenous communities in the Gulf of Papua (Gulf Province today). Following Captain John Moresby’s proclamation of the land as British Empire-owned in 1873, the Queensland State of Australia annexed Papua 10 years later and declared it British-owned.

In 1945 the United Nations merged the two territories and placed it under the trusteeship of Australia. The Territory of Papua and New Guinea had its first general election for its House of Assembly in 1964 and subsequent polls in 1968 and 72. In December 1973 the territory was granted self government and gained independence from Australia September 1975.

The city’s population has increased dramatically in the last four decades as more Papua New Guineans move out of their rural communities and migrate to Port Moresby and other urban centers in search of employment opportunities and a new life.

The Port Moresby economy mainly revolves around the service industry as output from businesses with a presence in the manufacturing and primary sectors do not have a major impact on the city’s economic cycle.

The growth in the service industry has been largely driven by a decade of positive growth in the PNG economy, burgeoned by the construction phase of the $US19 billion ExxonMobil-led PNG LNG Project, the largest resource extraction project in the Asia-Pacific region. Construction at the project site in the Hela and Central provinces began in 2010 with the first gas export to Japan occurring in May 2014.

At the end of 2013 the PNG LNG Project employed over 14,700 people including 5,600 Papua New Guineans. According to ExxonMobil the project delivered over 2.13 million hours of training which focused on developing the technical and professional skills of workers. Training facilities run by the company in Port Moresby and the Highlands trained over 1600 workers since 2011.

The city’s hosting of the 2015 Pacific Games and the FIFA U-20 Women’s World Cup in 2016 also led to a massive investment by the PNG National Government in sporting facilities and logistics to the tune of K1.2 billion. The public works programs for both international events created employment for thousands of citizens.

Port Moresby 2018 APEC and its calendar of monthly meetings culminating with the Leaders’ Summit in November are also expected to create opportunities in the service industry for local businesses as approximately 7000-10,000 participants travel to PNG. The construction of the iconic APEC Haus, the venue for the leader’s conference, is currently underway and scheduled for completion in July this year.

Property and land sold in the Port Moresby suburbs of Touaguba Hill, Paga Hill, Town area, Boroko and East Boroko will attract a hefty fee. The price for a plot of land or a property (including apartments in a building) located in one of the above suburbs will cost close to or over K1 million on the open market. Security and increased accessibility to amenities and facilities including supermarkets and schools are major factors that ultimately determine the price.

The O’Neill government has invested millions of PNG Kina into public works in Port Moresby. Roads, causeways, bridges, roundabouts and a flyover (PNG’s first) were the main beneficiaries of this funding. To date the O’Neill government has reportedly spent K3.2 billion on roads and bridges nationwide since 2013 as part of its Medium Term Development Plan and National Transport Strategy 2011-2030.

The Port Moresby population has access to a number of top healthcare providers. The publicly-funded Port Moresby General Hospital (PMGH) is PNG’s national referral hospital and home to trainee-doctors from the UPNG School of Medicine and Health Sciences. It has an Accidents & Emergency Department that is open 24 hours and charges its patients a subsidized fee unlike private sector providers, who often enforce a pay-first policy.

The Jackson International Airport at Seven Mile is the main international gateway into and out of PNG. The airport is 10-15 minutes drive from the Port Moresby CBD through the Poreporena freeway and Kumul flyover and less than 10 minutes from Boroko and Waigani. The national carrier Air Niugini offers daily services to the Australian cities of Cairns and Brisbane and weekly services to Singapore, Tokyo, Manila and Nadi (Fiji).